C60 is a very small (meaning microscopic) molecule, being composed of 60 carbon atoms

arranged in a spherical form – being more commonly known as a “Buckyball”. This carbon element is part of the fullerene family, which includes carbon structures that can be tublular, ellipsoid & are number of other different shapes. Fullerenes have long been of interest with industrial applications as their chemical properties & unique molecular makeup have proven very useful.

The carbon atoms are joined to 3 adjacent carbon atoms by covalent bonds – which basically is a spherical form of 12 pentagons & 20 hexagons (also known as a truncated icosahedron). Each carbon 60 molecule is roughly 0.6 – 1 nanometres in diameter (which means it is VERY small).

How was it Discovered?

Yes, C60 is found in small amounts in nature – most often found in a mineral formulation called shungite (being found mostly in Russia). It can also be found naturally in soot, charcoal & also in areas after lightning strikes. It is interesting to note that this compound has been found in considerable concentrations around stars – suggesting that this fullerene compound has been around in nature for a very long time!

How is it Made? 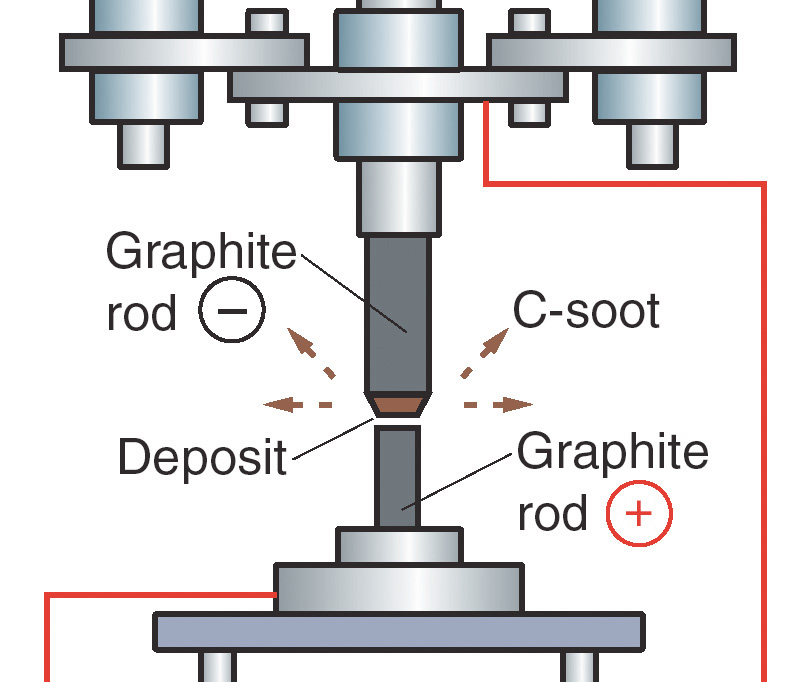 When C60 was first manufactured it was done so by three men, being Kroto, Smalley & Curl.  They did this by vaporizing carbon with a laser beam, which was then passed through a mixture of high density helium gas. The resultant carbon was then ionised & then cooled to form carbon clusters – which included carbon 60 molecules. Whilst this approach created C60, it was still difficult to gather enough active material to be useful.

Now carbon 60 is made in the laboratory using much more efficient methods. A strong electric arc is passed between two carbon electrodes, which then creates ash, resulting in a multidude of fullerene molecules (including C40, C50, C60, C70, etc). At this stage the active carbon 60 molecule is filtered out & concentrated into a pure form with the assistance of organic solvents. This can be a difficult & time consuming process as typically fullerenes are difficult to dissolve.

At this stage the extracted carbon 60is separated further using chromatography, with the solvents being fully evaporated to product a grade of product that is 99.95% & above.

It is interesting to know that long before this molecule was found to have health applications it was researched heavily for industrial applications. The fact that the buckyballs have a remarkably stable structure (whilst not being easily dissolved in water or solvents), along with being used in super conductors is the reason this spherical carbon 60 structure has been so heavily researched.

Buckyballs can withstand super high pressures & temperatures, whilst still maintaining there spherical shape. C60 has also been shown to be resistant to radioactivity & chemical corrosion. This molecule has also been shown to have the ability to bounce even when fired at stainless stell walls at over 24,000 km per hour. They can keep there shape when squeezed at high pressures, & can spin at amazingly high speeds without losing structural integrity.

C60 molecules are excellent electron donors & acceptors. This means this molecule can absorb extra electrons (menaing free radicals), whilst at the same time being able to donate electrons to neutralize free radicals. It will react easily with free radicals to create reversible “radical” Carbon 60 molecules.

Individual molecules of this fullerene will transmit either red or blue light, which creates a pure purple powder. Once dried the colour will change to brown as the drying process brings about a reduction in blue light whilst at the same time increasing green light transmission.

C60 in its refined state is soft like graphite found in a pencil, when when compressed under extreme pressure will become as hard as a diamond.

Research completed in 2012 has shown that carbon 60 is a non toxic substance regarldess of what dosage, & that it almost doubled the lives of the animals used for the laboratory testing. In par this is thought to be because its ability to be a highly effective anti oxidant – with a distinct ability to abosrb . neutralize free radicals hundreds of times more efficiently than anythiny currently available.